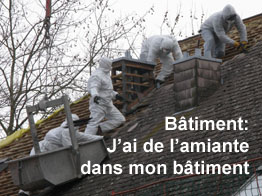 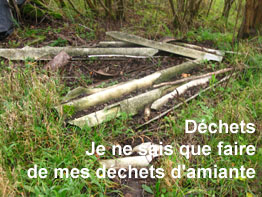 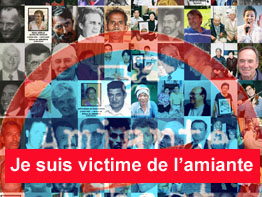 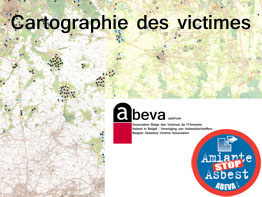 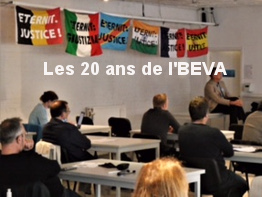 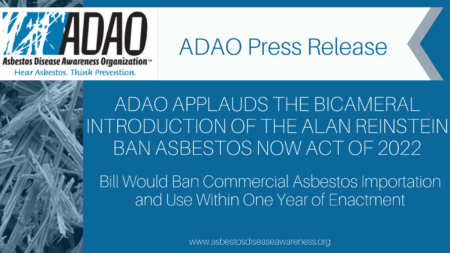 “ADAO applauds Senator Jeff Merkley and Representative Suzanne Bonamici for their unwavering dedication, leadership and perseverance to protect Americans from deadly asbestos,” said Linda Reinstein, ADAO President and widow to the bill’s namesake. “ARBAN will take long-overdue action to stop hundreds of tons of raw asbestos imports and asbestos-containing products from entering the U.S. This legislation will protect all Americans — especially vulnerable workers, consumers, first responders, and children — from being exposed to this deadly carcinogen.”

“Asbestos remains legal, lethal, and a far too common threat in the United States. With the passage of ARBAN, we will finally join nearly 70 countries that have put public health over corporate profit and banned asbestos. Over 40,000 Americans die from asbestos-caused illnesses every year and scientists agree that there is no safe level of exposure to asbestos. We must put an end to these preventable deaths with long-lasting legislation that cannot be challenged or rolled back,”  Reinstein concluded.

“Too many Americans have sat at the bedside watching helplessly as their loved ones die from asbestos. This is totally avoidable if America just bans it,” said Senator Jeff Merkley. “We’ve known for generations that asbestos is lethal, yet some industries’ profits have been valued over the lives of firefighters, construction workers, and other Americans exposed to this toxic substance. Other developed nations have already acted to protect their citizens from this deadly substance by banning asbestos. Why has America not done the same? Congresswoman Bonamici and I know it’s long past time for America to end this dangerous public health threat once and for all,” he stated.

“It is long past time for the United States to ban asbestos,” said Congresswoman Suzanne Bonamici. “It is unacceptable that this known carcinogen continues to threaten our communities. I am pleased to reintroduce the Alan Reinstein Ban Asbestos Now Act with Senator Merkley to protect workers and families by finally banning the importation, manufacture, and distribution of asbestos,” she finished.
The Alan Reinstein Ban Asbestos Now Act is comprehensive legislation that will:

The chlor-alkali industry is the only importer of raw chrysotile asbestos, which it uses to manufacture industrial chlorine and caustic soda. Since 2016, the chlor-alkali industry has decreased the number of plants that depend on using asbestos diaphragms from 17 to 9, a transition that demonstrates that non-asbestos technology is not only feasible but makes good business sense.

ARBAN would permanently close the door to all importation and commercial use of raw asbestos and asbestos-containing products. This goes beyond EPA’s recent proposed rule – which was limited in scope to a single form of asbestos—chrysotile—rather than all six asbestos fibers and the Libby Amphibole. ARBAN would also prohibit all uses of asbestos. Passing ARBAN is the surest and most complete path to protect Americans from the risk of deadly asbestos.